What is the cloud and why should your business care?

What can business owners do to manage their own IT? 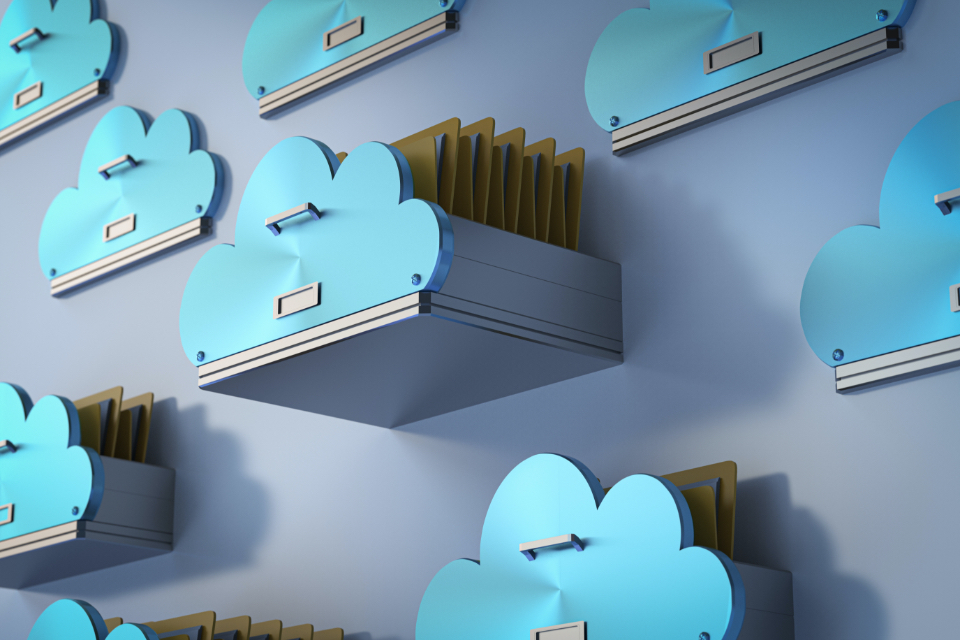 Business owners have an ever-increasing number of decisions to make ranging from who to hire to what new product or service to market to their clients. Never before have businesses had more technology choice. Options are endless in terms of how to communicate, collaborate and get your work done. One choice that more and more businesses are reviewing is where their technology and systems are located: in their offices or offsite, perhaps in the cloud?

What is the cloud – aka cloud computing?

Fewer concepts elicit more confusion than the idea of the cloud. Put simply, the cloud is just technology that is physically located outside of an organization’s offices. There are three main types of cloud: private cloud, public cloud, and hybrid cloud. The goal of cloud computing is to provide organizations with efficient, flexible, and powerful resources. In many cases cloud computing can be more cost effective than legacy data center implementations where all computing equipment was located in a central location (typically in an organization’s head office).

The easiest way to not only understand what cloud computing is but also gain insight into why it is gaining in popularity is to compare it to the evolution of public utilities. For example, the evolution of electricity use with businesses.

Back in the industrial age, factories had to produce their own power in order to run machines that produced the hard goods they manufactured. Be it textiles or railroad spikes, using machines gave these companies enormous competitive advantages by producing more goods with fewer workers and in less time. For many years, the production of power was every bit as important to their company’s success as the skill of their workers and quality of their products.

Unfortunately, this put factories into two businesses: the business of producing their goods and the business of producing power. Then the concept of delivering power (electricity) as a utility was introduced by Thomas Edison when he developed a commercial-grade replacement for gas lighting and heating using centrally generated and distributed electricity. From there, as they say, the rest was history.

The concept of electric current being generated in central power plants and delivered to factories as a utility caught on fast. This meant manufacturers no longer had to be in the business of producing their own power with enormous and expensive water wheels. In fact, in a very short period of time, it became a competitive necessity for factories to take advantage of the lower-cost option being offered by public utilities. Almost overnight, thousands of steam engines and electric generators were rendered obsolete and left to rust next to the factories they used to power. What made this possible was a series of inventions and scientific breakthroughs – but what drove the demand was pure economics. Utility companies were able to leverage economies of scale that single manufacturing plants simply could not match in output or in price. In fact, the price of power dropped so significantly that it quickly became affordable for not only factories but every single household in the country.

Today, we are in a similar transformation following a similar course. The only difference is that instead of cheap and plentiful electricity, advancements in technology and Internet connectivity are driving down the costs of computing power. With cloud computing, businesses can pay for “computing power” like a utility without having the exorbitant costs of installing, hosting, and supporting it on premise. In fact, you are probably already experiencing the benefits of cloud computing in some way but hadn’t realized it.

Below are a number of cloud computing applications, also called SaaS or “software as a service,” you might be using:

If you think about it, almost every single application you use today can be (or already is) being put ‘in the cloud’ where you can access it and pay for it via your browser for a monthly fee or utility pricing. You do not purchase and install software but instead access it via an Internet browser.

With cloud computing there is not a single one-size-fits-all approach and there are multiple paths forward based on an organization’s requirements and business goals. There are three main types of cloud deployments.

The private cloud is typically where an organization decides to deploy their technology (servers, storage, and networking equipment) to an outside location. Usually, this location is a third-party data center where organizations can lease a certain amount of space and manage their network. As the name suggests, a private cloud is equipment that is used only by one organization.

The second type of cloud setup is the public cloud. Unlike the private cloud, the public cloud is equipment that is shared with multiple other users. While each party has their own servers and network the systems are housed on equipment shared by other organizations. Common examples of public clouds are Microsoft’s Azure and Amazon’s AWS. These well-funded players allow organizations to set up and scale their systems with a few clicks of a mouse.

Lastly, a hybrid cloud scenario blends the advantages of both public and private clouds based on the organization’s requirements and goals. Organizations can integrate their private technology systems together with scalable public cloud resources to take advantage of almost instant scale. Examples where this scenario can work well are if a company needs to test a new application, has a short-term project requiring specialized resources or is putting together a backup strategy.

Why you should care - the advantages of cloud computing

Cost saving. This is probably the single most compelling reason why companies choose to move their network (all or in part) to the cloud. Not only do you save money on software licenses, but on hardware (servers and workstations) as well as on IT support and upgrades. With cloud computing operational costs are handled by the cloud provider. Through economies of scale often these costs are lower than if organizations incurred them at their office. Cost savings can often be seen in lower utility bills (less electrical demand for technology and the associated air conditioning expense to keep equipment cool). The other often overlooked expense is the physical square footage for the computing equipment if housed onsite. Without the need to deploy technology onsite, organizations can repurpose the previous server room space for revenue generation.

Access systems anywhere at any time. If you travel a lot, have remote workers, or prefer to use an iPad while traveling and a laptop at your house, cloud computing will give you the ability to work from any of these devices. Remote access has become more than just a “nice-to-have” feature, it has become the new standard in many businesses. As organizations continue to explore hybrid work arrangements providing additional remote workers access to technology is paramount.

Turn-key security and administration. It is one thing to set up a server or workstation and quite a different situation to ensure that it’s properly protected and proactively managed. Many cloud providers offer a turn-key solution to their cloud offerings that often extends to security and network monitoring. Configuring a new physical out-of-the-box server that arrives at your office can consume a great deal of internal time. Instead of fighting with the complexities and ever changing security landscape businesses can, with a click of a button, start up a new workload knowing that it is protected and proactively monitored immediately. Business owners enjoy this piece of mind knowing that their company’s information and systems are protected.

Disaster recovery and backup are automated. The server in your office is extremely vulnerable to a number of threats, including viruses, human error, hardware failure, software corruption and, of course, physical damage due to a fire, flood, or other natural disaster. If your server were in the cloud and your office was reduced to a pile of rubble, you could purchase a new laptop and be back up and running within the same day. This would not be the case if you had a traditional network and were using tape drives, CDs, USB, external hard drives or other physical storage devices to back up your system.

Plus, like a public utility, cloud platforms are far more robust and secure than your average business network because they can utilize economies of scale to invest heavily into security, redundancy, and failover systems, making them far less likely to go down.

Easily adjust to staffing levels. If you have a seasonal workforce or a lot of turn-over, cloud computing can help lower your costs of setting up new accounts and often makes the onboarding and offboarding process much faster. With cloud computing you can leverage resources without having to purchase the underlying equipment. More specifically, you do not own the responsibility of having to install, update and maintain the infrastructure. Think of it as similar to living in a condo where someone else takes care of the building maintenance, repairing the roof and mowing the lawn, but you still have the only key to your section of the building and use of all the facilities. This is particularly attractive for companies that are new or expanding, but do not want the heavy outlay of cash for purchasing and supporting an expensive computer network.

As your organization looks to explore potential paths towards a cloud computing environment consider the following questions.

Are you ready to plan your move to the cloud?

Cloud computing is something every organization can consider but a comprehensive assessment should be completed before making the decision to migrate. Care needs to be taken to understand the pros and cons of multiple scenarios and a detailed cost breakdown of each option should be completed.

If you decide to continue your journey and explore how the cloud might help your business, you should not go at it alone. Many technology service providers have practice areas revolving around cloud computing. These firms can help explain various options in more detail as it relates to your specific requirements and business goals.

At Ammolite Technology, we offer our clients our own cloud platform, Ammolite Cloud. This environment allows our clients to access their computing resources from anywhere around the clock and can provision new resources in just a few minutes. Cloud computing is one thing but often it requires ongoing support and maintenance to ensure everything is running smoothly and information is stable and secure. With Ammolite Cloud our clients benefit from access to systems in a state-of-the-art data center but backed up by a technical team with decades of combined experience.

If you have questions about what we’ve discussed or your business is at a point where an IT Partner could help your business move to the cloud, please contact [email protected] or call us on 587-318-1635 or you can use our contact form. 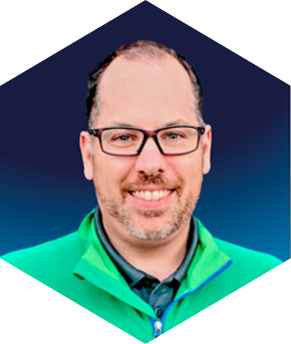 Read our White Paper, “Cloud Computing: How Your Business Can Benefit from IT” for more details and pro tips.

IT solutions, designed with your small business in mind.

Get the support you need with our small business packages. Customized for the unique needs of your business, we help you enhance your current resources and strategically plan for growth.

Scale your IT resources by leveraging our expertise in managing complex projects, building customized solutions, and consistently boosting efficiency. We work to not just understand the way you do business, but to improve it. 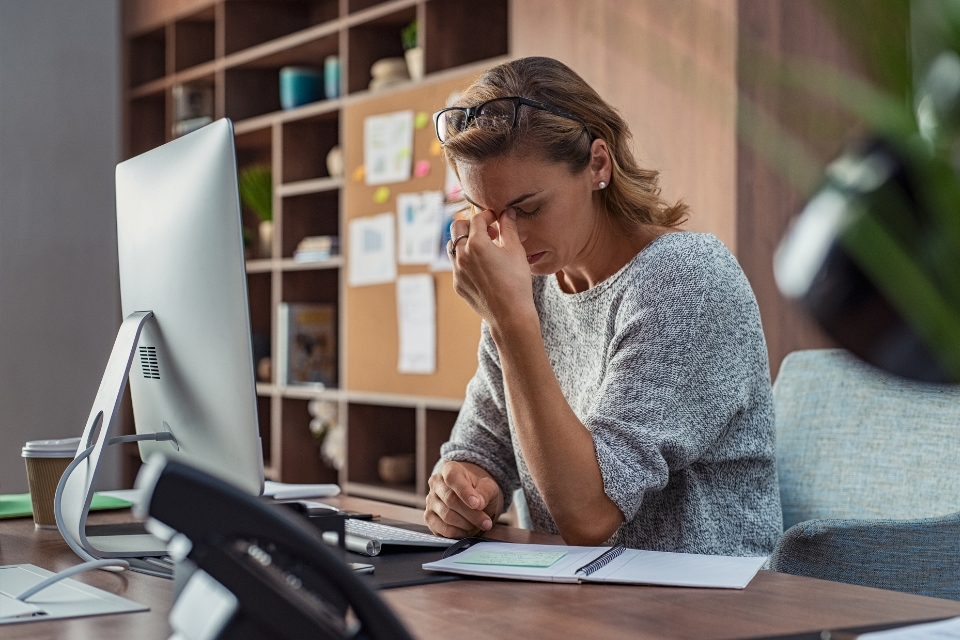 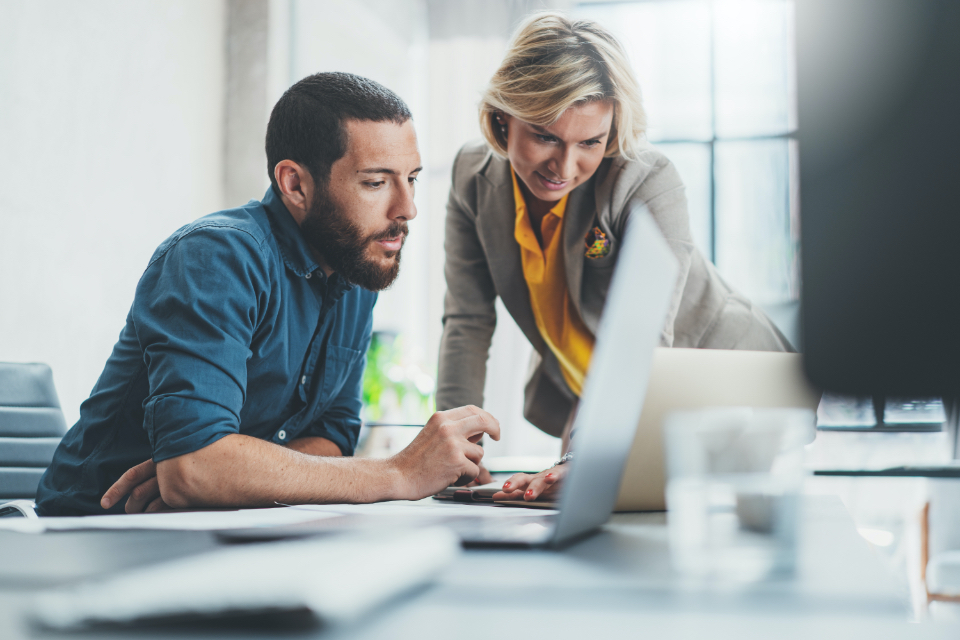 What can business owners do to manage their own IT?